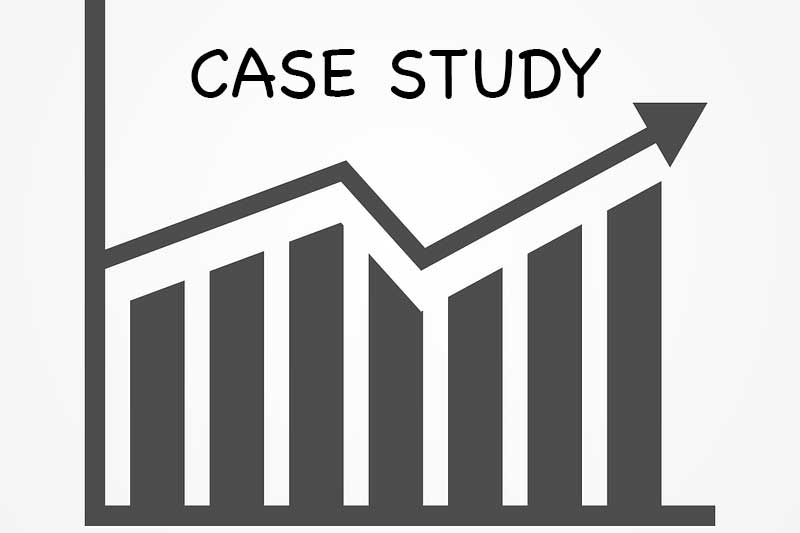 A couple of months ago I was able to sell 4 of my smallest sites that I had lost interest in. Aside from this one, this left me we 5 niche sites of varying sizes. Many people would say that having 5 different sites is already too many, but I saw this as an opportunity to build new sites.

All 4 of the sites that I sold were over 2 years old. If you do something again after 2 years of experience, you’ll 9/10 do a better job. So the new sites I’m building all get to utilize the knowledge I’ve gained over the past 2+ years, from the start.

I built these new sites to keep my portfolio diversified and prepare for future website sales, which is something I plan to do more of in the future. So I’ll likely build 1-2 websites in 2022 as well, since I plan to sell at least 1 next year.

With all that being said, let’s take a look at the new sites.

Here’s a quick overview of my 3 newest niche websites. I built all 3 of them over the last 3 months or so, and they’re each starting to get some organic traffic. Sites 6 and 7 have at least a few Amazon links on them, but none of them have display ads yet.

Here are stats for each site for the month of October 2021.

I had the idea for this site in July, just before leaving to go on vacation for a week. I decided if I wanted to make sure this site became a reality and not just another forgotten idea, I should act on it right away.

So I registered a domain, created the new account on my Knownhost Managed VPS, and installed WordPress. I was able to populate a keyword spreadsheet with a batch of topics and get one published before I left town.

When I got back home I made sure that the site had 60 articles up in the first 60 days.

Site 7 was a niche I’d been thinking about and testing the waters in using site 2, and I decided that it needed it’s own domain. So I quickly built this site in the same way I build all of my other ones and started adding content.

I started this site a few weeks ago as the final new site of the year. It already has almost as much content as the previous site and is starting to get organic traffic at just a few weeks old. So it’s showing good signs. I feel like this niche isn’t going to have very many commercial opportunities, but I found a few ways to promote Amazon products for now.

Once I have decent traffic (3k-5k/mo) I MIGHT attempt to add it to my Ezoic account, I’ll likely hold off though.

Am I doing anything different?

In appearance, all 3 sites look very similar. They use the same theme, have the same basic layout, and all use the same fonts. Stuff like that. The content strategy for these 3 is a bit different from past sites though.

In the past it was more of a guessing game than it is now. I have a better idea of what is and is not worth my time. Even though I’m still learning (and always will be), I have a much better idea now of what will rank in Google and what probably won’t. As well as if it has the potential to be a good earning piece of content or not.

These are all informational sites that will monetized with display ads, so it’s not going to be as competitive as if there an affiliate site. For each one of these sites I’ve done several hours of keyword research and competition analysis. I’m quite confident I can compete, and should be able to get substantial traffic if I’m patient and keep publishing content.

I chose categories that I thought each site should have based on the most popular topics in the niche. I’m starting off with a few topic clusters on each site. I’m not too worried about building topical relevance in a specific category before I move on to the next.

I’m basically identifying keyword clusters, going after the top 5-10 keywords in terms of volume (keeping in mind competition) in a cluster, then moving on to the next. So I’m pretty much going for the higher volume topics first, then making my way down the tree to the lower volume, lower hanging fruit.

This method may actually stunt my early growth, but I am still going for some low competition question/answer topics as well (see ratio below). Some of those are already bringing in some early traffic from the smaller search engines.

I’m banking on it paying off in the end though. In 6-9 months I bet I’ll be happy that I went for the higher volume first. Time will tell.

I’m not being strict about it, but so far the ratio for the types of posts being published on each site is something like this:

I’ve been going heavy on listicles over the past year because there are endless low competition topics, they’re super easy to outsource, and are so passive. But I’m going to start doing more of an even mixture of the main 3 article types going forward. Or maybe 40/40/20 listicles, response posts, guides.

I always have a few affiliate roundups, but they account for so little of the pie that I often don’t include them in comparisons like this.

For all 3 of the new sites, I went for mostly medium/high search volume info topics right out of the gate.

When I say medium/high search volume I mean mostly over 1k searches per month estimated. That could be all the way to over 100k/mo or just around 1000/mo, sometimes more, sometimes less. Sometimes 0 search volume if I liked the topic. Plus everything in between.

The point is, I stuck to mostly higher volume for the first articles published. I’ll adjust as necessary if this strategy isn’t working. But none of these topics are terrible competitive.

Based on certain indicators and things like these, I decide quickly if a topic makes it to a writer. It’s easy to get lost in keyword research and not come up with the results you hoped for, but I try not to overthink topic selection and just make fast and informed decisions.

Goals for these sites

For now, all 3 of these sites have similar goals. That’s pretty much to grow the traffic and get display ads turned on so I can start making some money.

To get one of these sites on my Adthrive account I need to have at least 30k pageviews/month. To add one to my Mediavine account I’ll need 50k sessions/month.

I already tried to add sites 6 and 7 to Ezoic and they were turned down by Google Ad Exchange. So I wasn’t denied by Ezoic, but I still think I might hold out until I have enough traffic for one of the above mentioned ad companies.

Yes, I’ll have to go through Google Ad Exchange with both Mediavine and Adthrive. But I’m confident that by the time I have the traffic to apply there, I’ll likely get approved by Google Ad Exchange after a review. Even though some people have new sites like mine that sneak by Google’s approval, all of them don’t. My sites were simply too green.

Ideally I’d like to have 1 new site on Adthrive and 1 new site on Mediavine. I’m not sure what I’ll do with the remaining site. I’m still getting grief from Ezoic about Premium and I’m just so over the whole thing that it makes me want to pull all of my sites off of the platform, I only have 3 small sites remaining there at this point anyway.

There’s no way of knowing exactly how long any of these 3 sites might take to come alive, but I hope that I’m approaching those traffic ranges in 6-12 months time.

Within the next 18-36 months it’s possible that I might sell one or all of these sites. None of them are in niches that are near and dear to my heart, though they’re interesting enough and big enough that I could keep growing them for years.

I haven’t decided what I’ll do with these 3 specific sites longer term yet, for now it’s get display ads on and start earning money.

So that’s it, I just wanted to quickly go over these 3 sites here on the blog. I made a video about them a week or so ago that you can check out above, but I think this goes into a little more detail about my strategy and what I hope to achieve with them.

On Niche Informer I talk about about blogging and making money online through SEO content.

The main topics include building and growing niche websites, things like SEO and keyword research, and how to make passive income with display ads and affiliate marketing.

If and when I decide to start a newsletter, here’s where you can sign up. Be sure to check your inbox and confirm.